How Soon After Sex Can I Take A Pregnancy Test?

If you have just had sex and are worried that you could be pregnant here are a few things to keep in mind.

1. You can have sex and not get pregnant.

For a woman to become pregnant, a few things must take place. About halfway through her cycle, a woman’s body releases an egg into her uterus – something called ovulation. That egg has up to 24 hours to be fertilized by sperm before it dies.

Sperm can survive for around five days. This means a woman can conceive (become pregnant) from sex that took place five days before her body released an egg. Sex that takes place in the 24 hours after the egg is released can also lead to pregnancy.

According to yourfertility.com, if a woman “has sex five days before she ovulates, her probability of pregnancy is about 10 percent. If she has sex on the day of ovulation, or the two days before, the chance of getting pregnant is around 30 percent.” This means that even if all the stars align there is still only a 30 percent chance that a woman will get pregnant.

HCG (the easy way of saying human chorionic gonadotropin) is a hormone that appears in your body after the fertilization of an egg. According to the American Pregnancy Association, HCG is “made by cells formed in the placenta, which nourishes the egg after it has been fertilized and becomes attached to the uterine wall.” The earliest signs of HCG can be detected through a blood test. For a woman taking a urinary pregnancy test, it is best to take the test 12-14 days after sex.

3. Have you missed your period?

If you are unsure of when you ovulated, or are concerned you conceived during that time, check to see if you’ve missed your period. Missing a period is one of the earliest signs of pregnancy. When checking to see if you’ve missed your period, count 28 days out from the first day of your last period. If you’ve passed the 28-day mark, you may want to take a pregnancy test. As Health Line states “Keep in mind that your period can sometimes be delayed or skipped due to stress, diet, exercise, or certain medical conditions.” Missing your period is not a guarantee that you are pregnant but for your peace of mind, it may be worth taking a test.

4. When is the best time to take a pregnancy test?

a. If you believe you could be pregnant and have missed your period

b. If you believe you could be pregnant and have not yet missed your period, you can take a test 12-14 days after sex.

If you think you may be pregnant, consult a women’s clinic, or a medical facility, like your local hospital or gynecologist. Your most important resource is information.

Call (815) 242-6402 to schedule your free and confidential appointment. Our staff is here to provide the most accurate and up-to-date information about your options for the future.

Unexpected Pregnancy: 5 Things to Do Before Making a Decision

You’re pregnant. You are in the bathroom, hiding from your[...]

What is the Best At-Home Pregnancy Test?

Should I take a pregnancy test? There are many different[...] 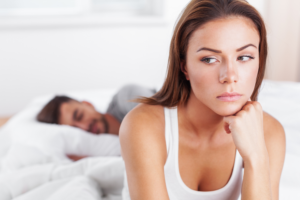 What Is An STD?

An STD is a sexually transmitted disease that may or[...]

Your email is safe with us.